Taxation, either as a cost or an incentive, can have a strong impact on growth and employment.

For many years member states have agreed on the importance of reducing taxation on labour as a way to increase competitiveness and employment. But different realities exist in the EU, and the “Nordic model” has shown that high rates of taxation can coexist with high employment rates.

But taxation on labour, among other factors, can impact the functioning of the labour market, so differentials in labour taxation could be introduced. For economic and social justice reasons, they could increase progressively with wages as a way to avoid loss in public revenue.

So far the structural reforms agenda has mainly involved shifting taxes from labour to consumption - notably VAT. This however tends to reinforce inequalities, which in turn tends to dampen growth. Moreover, the European Commission has concluded that the member states with the highest labour taxation have not significantly decreased it at all in recent years.

In general, margins of manoeuver for the implementation of growth and employment-friendly taxation should be sought in more effective taxation of capital gains and wealth, as well as in more effective corporate taxation. This requires limiting tax competition between member states, which leads to social dumping and a race to the bottom for public revenues.

Gradual fiscal convergence will help to install more social justice in the European Union and strengthen governments’ ability to support sustainable growth. Such convergence should go hand in hand with a significantly reinforced fight against tax avoidance and aggressive tax planning.

Taxation is needed as a contribution from each and every person to make society work. It is not only a civic duty, but also a tool for social fairness.

In fact, taxation is a major determinant of the allocation of rights and resources within and across societies. It is also a crucial instrument to fight inequalities, achieve social justice, strengthen well-being in our societies and promote sustainable economic development.

The sovereign debt crisis and the resulting budget consolidation processes on the one hand, and large-scale tax avoidance and aggressive tax planning on the other hand, have strongly limited the capacity of public authorities to invest in sustainable growth.

To restore this capacity, it is essential that European public authorities are given back the means to accomplish their missions.

We need decent minimum wages in all member states.

Governments lose so much through tax evasion that the total amount exceeds what they spend on healthcare. It amounts to more than four times spending on education in the EU.

When people and companies don’t pay their fair share, it means that money is not available for governments to invest in jobs and growth. It prevents them from implementing their economic and social policies, with consequences both on public services and the economy.

Tax fraud and tax evasion also distort competition between those who can avoid taxation and those who play by the rules. It is not responsible to keep allowing multinationals to evade taxes, may it be from the economic perspective or the budgetary one.

The European Union has to close loopholes, eliminate distortions in tax policies and crack down on tax havens. The EU can take a step in this direction by implementing the OECD’s Base Erosion and Profit Shifting (BEPS) action plan.

The rescue of the financial sector cost €1.6 trillion of EU taxpayers’ money between 2008 and 2011. To protect taxpayers in the future, the financial sector needs to focus on investment in the real economy. Further financial instability must be prevented through sound regulatory principles avoiding that financial shocks affect public finances.

To this end, we need adequate regulation to address the unresolved too-big-to-fail problem, and for completion of the banking union. 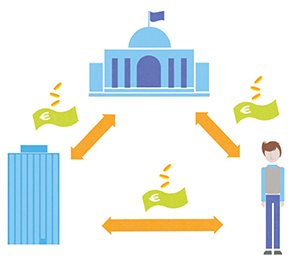 Making the best use of tax revenue

In most EU Member States, healthcare, education, social services and elder care are mainly or partly in the hands of the state. They are thus vulnerable to budgetary pressure.

It is therefore essential to guarantee the highest minimum standards for these services. There should be universal and equal access for citizens, and they should have local autonomy with adequate geographical and social equalisation principles.

Public services benefit all citizens, but they particularly help the most vulnerable. On one hand, it is important that public services adapt to the needs of citizens to guarantee a consistent level of protection. On the other hand, in its interaction with economic actors, an efficient, transparent and accountable public ad- ministration is an important factor for, among other things, productivity and growth.

In our view, it is crucial that the state shows a clear sense of public interest, and that it answers the concerns of taxpayers on how their contribution to public services is used. It is essential to ensure good debt management, to enhance the quality of public spending, to cut out waste and to direct expenditure where it can get the best value for citizens. 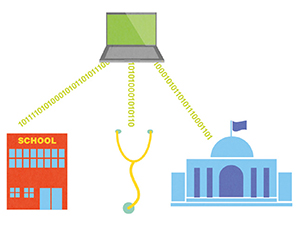 Taxation is a tool for social fairness. 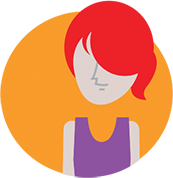 Better and fairer taxation: a tool for social fairness 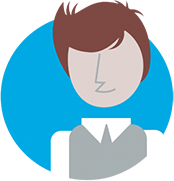 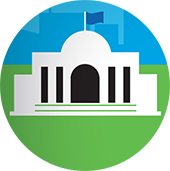