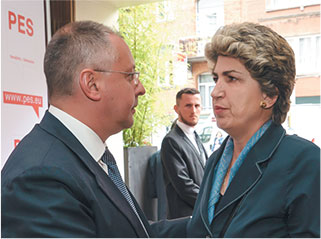 The President of the Party Of European Socialists Sergei Stanishev and Maria João Rodriges, Vice-chair of the Group of the Progressive Alliance of Socialists and Democrats in the European Parliament

The crisis in Europe remains a bitter reality for many people. As a result, the far right and populism are on the rise. Solidarity is weakening and divisions and inequalities are growing, both within and between EU countries.

We say, enough! Conservatives in Europe have been pushing the same old recipes. They insist on competitiveness through squeezed labour costs, reduction of public expenditure, limitation of the State’s role in the economy, and labour market deregulation.

This recipe is not new. It looks more and more like political projects of old, from the ‘80s and ‘90s. It didn’t work then, it won’t work now.

Across Europe, members of the PES political family have been fighting the conservatives’ mantra of cuts, cuts, cuts. We have fought for more investment, and as a result European countries are slowly regaining the means for promoting social fairness, stability and growth.

This has been too slow, but the struggle is not over! Our political family has paved the way for a more realistic, responsible and productive way forward. It’s time to put it into practice.

The battle of political ideas is upon us. Which side are you on? We are convinced that reforms should stand for improvement of our societies rather than their unravelling. We want reforms that build stronger societies and modernise. The reforms should reinforce social and economic structures, not weaken them.

On this site, you will learn about our comprehensive vision for progressive reforms – reforms which will ensure that social issues are on an equal footing with economic ones. These are real, concrete measures to be taken by national governments and EU level.

This is the next battle in our fight to secure a better tomorrow for every woman and man in Europe. The shift is urgent, and it will bring a real positive difference in their daily lives of millions of Europeans. Read on to learn more about what we have planned. 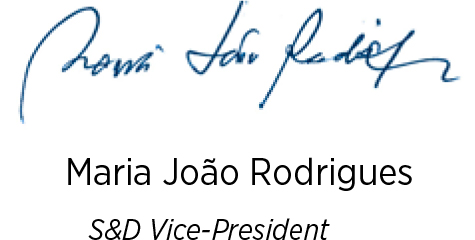